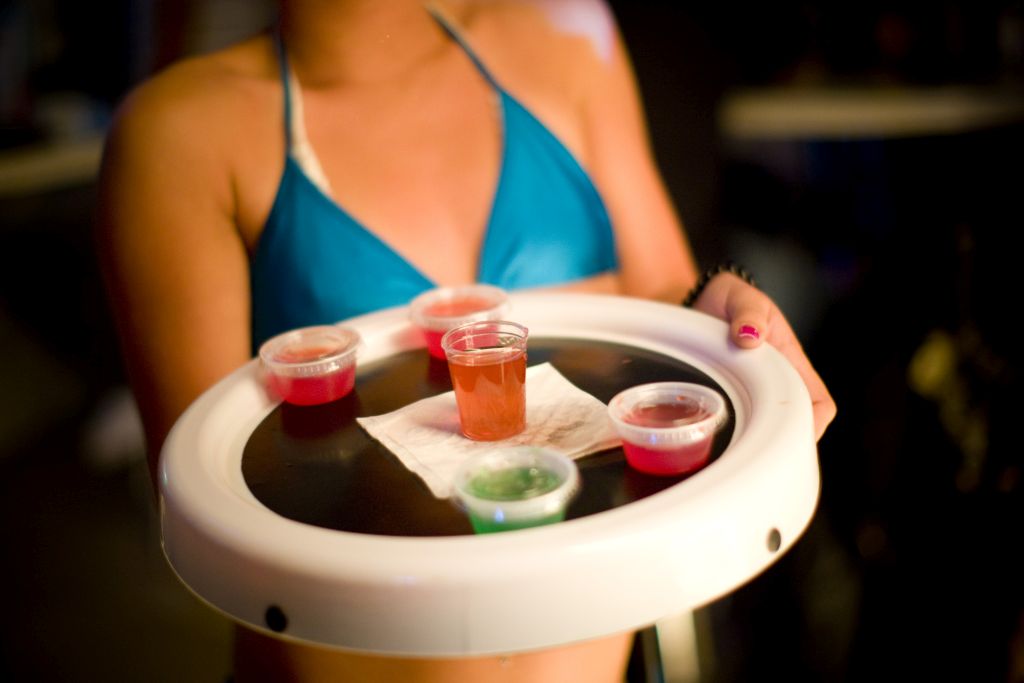 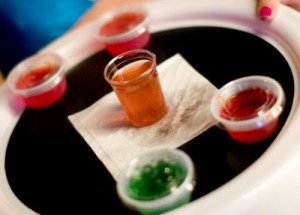 It’s officially fall! The leaves are turning and its football season so our thoughts turn to tailgating, indoor cooking, and intoxicology. We, here at the Hooch Blog, thought we would share with you some of our favorite gelatin shot recipes that make us think of fall and the upcoming holiday season. Why gelatin shots? They are easy to serve at most any gathering and take very little preparation.

We realize all of the recipes above are not vegan friendly. Gelatin is, after all, an animal by-product. However, we have found that there are some products out there that come highly recommended for our vegan and vegetarian friends. Here are three great alternatives and some tips for using them!

1. Agar, Agar-Agar, or Kanten. This is made from cooked and pressed algae and is most often used in Asian desserts and firm jellies. It’s flavorless and has a little less jiggle than regular gelatin. The agar needs to be heated to dissolve properly. Powdered agar is easier to measure and use whereas the bars and flakes should be dissolved in water first or could be broken down into powder using a coffee or spice grinder. This tends to set up in about an hour at room temperature.

2. Carrageenan, Carrageen, or Irish Moss. This is actually a type of dried seaweed and is most often used in soft jellies, puddings, mousses, soups, etc. Carrageenan is flavorless and sets up a little softer than gelatin in that it melts in your mouth. Use the iota carrageenan for soft gels and puddings and kappa for harder jelled products. To use it in its dried seaweed form (try to find it whole), rinse it well, soak it in water for about 12 hours until it swells, then boil it thoroughly with the liquid you want to set before you set it out.

3. Vegan Jel. Unflavored Vegan Jel by Natural Desserts is made of vegetable gum, adipic acid, tapioca dextrin, calcium phosphate, and potassium citrate. This can be used anywhere gelatin is used. It sets softly, melts in your mouth, and is the closest thing to regular unflavored gelatin that we’ve found. To use, beat this powder into cold water until dissolved.

We hope you enjoy some or all of these recipes. Please feel free to comment below and let us know which ones did or did not work for you or send us some of your favorites that we didn’t list above. Happy Drinking!

Don’t forget to get some of these products for your party!
Polar Ice PI125200CT 125 Count Plastic Jello Shot Cups with Lids, 2-Ounce